Memories From the Past: The Arkansas Health Center

Memories from the Past:
The Arkansas Health Center
Maybe it was my past experience in patient care or just my undying curiosity to explore living history, but ever since I learned of the Arkansas Health Center, and its rich history, I just had to do a photo project there.  I was lucky enough to meet Jennifer, who works at the AHC, and was willing to make special arrangements to escort me around the historical grounds.
There has been a state mental hospital in Arkansas, in some form, since 1873.  It moved locations several times over the decades, expanded, and went through multiple name changes.  In 1929, the state’s existing hospital was over-crowded to the point that the state authorized building an additional facility.  The state chose a tract of land off of Highway 67, near Benton, and began building.  This is the modern site of the Arkansas Health Center.

Buildings were first occupied in 1936.  Since then, some buildings were demolished and some new buildings were added.  Today, most of these original buildings are empty and just sit with memories of once was.  Many are condemned and have been unoccupied for close to 30 years.  During my tour, Jennifer sadly mentioned that plans were being made to demolish more of these historic buildings.

The next three pictures are from the old Auditorium.

The darkness, with only the the light from the window coming through, gives you feelings from a time long ago.﻿

﻿
The Gibson Building, called building 70 by the staff.  This was built in 1951.  Scenes from the movie "Sling Blade" were shot inside this building.
﻿

The current laundry room inside Building 70 is in the room that used to be the morgue.  The antique wooden doors are still in tact.﻿

I want to give thanks to Jennifer and David for allowing me access.  You both were very welcoming.  I appreciate your taking the time to let me photograph such a beautiful and historic place.
Posted by Makeshift Studios Photography at 6:41 PM No comments:

Johnnie Sue’s Portrait Session
I’ve known Johnnie for two years now.  She started as my real estate agent and quickly grew into a wonderful friend.  She truly is such a great person and will bend over backwards to help anyone.

She came to me one day with a request.  She wanted me to help her create a birthday surprise for her husband.  She had a vintage photo session in mind, styled like the 1940's.  She wanted to incorporate elements from the Air Force, since her husband is retired Air Force.  Of course I said yes!
Planning the secret photo session was alot of fun.  Johnnie had to sneak her husband’s hats and uniforms out of the house so we could use them.  She also had to sneak his 1972 Duster out of the garage.  So finally, after all of our preparation, the day of the session arrived.  We went all over Little Rock, even up to the Air Force base in Jacksonville, to capture some great images.  It was a lot of fun and we certainly surprised her husband!

Johnnie's husband is from New York, so we used an old New York Map

This was her husband's old barracks at the Air Force base

Posted by Makeshift Studios Photography at 4:33 PM No comments: 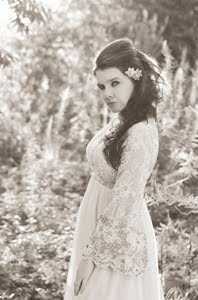 My name is Shannon Shepard, a photographer based in Bryant, AR. I specialize in fine art photography. Be sure to visit my website and like me on facebook.